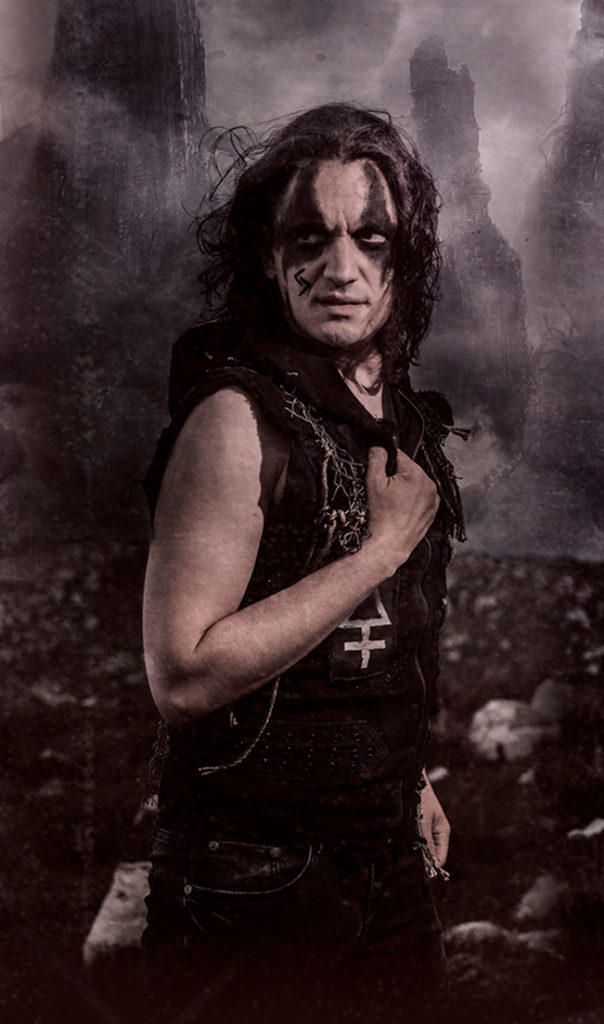 When did you start playing?
I started with violin as a child, then at the age of 15 something changed…

Why did you start playing?
My parents noticed my interest in music and encouraged me to start taking lessons.

First album bought?
It think it was “Piece of Mind” by Iron Maiden, in late 90s.

First concert (as visitor)?
A lot of classical music and operas with my parents, first rock concerts probably were Deep Purple or Angra in 2001. The same year I also attended one of the very first Elvenking shows in Venice!

Which band would you like to open up for?
Iron Maiden, Nightwish, Europe…

Highlight of your career on/off stage?
On stage: touring with Rhapsody & Gamma Ray (2014), Opening for Hammerfall (2015), Wacken (2016), Japan tour (2016), Masters of Rock (2013/2017), South American tour (2017)
Off stage: signing hundreds of copies of the Japanese edition of “The Pagan Manifesto”; verifying that in the southern hemisphere the toilet water flushes counterclockwise; chilling and chatting with big metal stars…and behaving as a 16-yo fan, because I still am.

Craziest situation on/off stage?
On stage: backline epic fails always rule! Amps exploding in smoke and flames, wireless systems that abandon you in front of 15k people, unbearable sounds on stage and all those wonderful “the show must go on” moments.
Off stage: a lot of toilet-related situations!

Most embarassing moment of your career?
Good old university years. In the band I had at the time, we used to party a bit too much, and that should have happened after the show, not before…

What do you like to do on your freetime?
LAN parties & videogaming, concerts, cinema and mountain trekking.

Describe yourself with 3 words:
Lover of life.